The flight from Doha to Colombo is smooth. The whole way I’m thinking about what it will be to return to Sri Lanka, my mother’s birth place, on only my second visit. It’s been almost four years since I first came here, for six weeks, amid heavy fighting in the mountain region and to the east of the island, as well as where the battle has typically raged for decades, in the north. Since that visit in 2007, the government has ‘crushed’ the LTTE , known as the Tamil Tigers, and has widely promoted the civil war’s end and, simultaneously, the arrival of Sri Lanka’s modern period of growth and prosperity.

This, really, is the only reason I feel a little nervous about spending some decent time in the country. Nationalistic fervour isn’t one of my favourite human traits and the mixed nature of my experiences when here last, in relation to the country’s identity and people’s perceptions of what this is, still leaves me slightly confused. Online forums are mixed, though mostly in favour of the government’s position, certainly a reflection of the majority singhalese population. It’s something I need to remain open to, however, my understanding of this place being an important reason for spending time here.

One of my favourite memories of being here was the way in which many temples around the island are shared. Christian, buddhist and hindu deities within the same walls, a shared religious and spiritual experience for those who both regularly used the temples, as well as for the visitor. Traveling through small towns and villages that not only featured these shared spaces, but also a diversity of buddhist, christian, hindu and muslim peoples, it was a revelation into the true ability of this country and people to be accepting of each other, in practical ways. 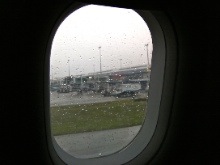 The plane lands, warm rain lashing the windows, the air inside the cabin instantly humid and sticky as the doors open. The airport has been developed substantially since 2007. Rows of duty free shops alight the path to the baggage collection, staff waiting at each door, steadily scanning for eye contact. Security is fairly straightforward, a poor preparation for the masses of police, miliitary and navy personnel scattered throughout the city of Colombo, on many of the main street corners and at crucial junctions between suburbs. The country is in transition, from long term civil war, to peacetime, and though the defense forces are not enormous by international standards, their numbers have swelled over the years to accommodate the ebbs and flows of battles with the LTTE. I am soon to learn that the present and future role of these defence forces is a point of constant media debate.

Feeling sharper, more grounded and with a clarity missing on my first visit here, I collect my luggage and, about to give up on the transport i’d organised in advance to take me to the hostel, I almost run in to Kamahl near the exit doors. He’s a young guy, who doesn’t speak much English, but like so many Lankans I will meet, is eager to practice his skills and is prepared to feign understanding whenever an impasse looms. We share some broken conversation over the half hour drive. First impressions are of development galore – roadworks, new buildings, footpaths, all intermixed with World Cup cricket advertising promoting the upcoming competition in Sri Lanka, also taking place in India and Bangladesh. Not that you could tell that there were also games elsewhere by the advertisements. A thoroughly Lankan affair, it would seem…

With most of the refugees who were displaced and/or imprisoned over the course of the 2008 government push against the LTTE now relocated, Sri Lanka seems to be back on the international stage, but in a positive way, for a change. The civil war has, necessarily, been an important focus of international news related to the country. over the years Now, it seems, the government is pushing the twin development and growth agendas, promoting a number of large scale projects as well as local initiatives which I won’t go into detail about here – stay tuned for a dedicated rant.

Still, it’s exciting to be here. Even in Colombo, where last time I was here I swore to avoid at all costs. Given a chance, the city has its own beauty and charm, despite problems with pollution and littering and significant cultural differences between the haves and have nots, a problem certainly not unique to this beautiful island.

For me, now, this place holds much promise, not just for the various projects i’m in the midst of or looking to begin while here, but more for my own personal growth, a simple life for a time, grounded in the things essential to my health and wellbeing, a place to reconnect and heal. It ain’t called Serendib for nothin’!